Twit-Whoo! Brilliant use of social media by Stuart Holmes

Whenever I teach social media courses to salon owners, the bit where they get the most animated and have the most 🎆a-ha🎆 moments is the section when we look at examples of other salons’ social media posts and discuss what worked and what opportunities were missed.

And when I saw this rather brilliantly composed Tweet by @Stuart_Holmes I wanted to share it and shout about why it works so well.

So here it is… the first post in a brave new series where I’m going to be cherry-picking the best examples of salons’ social media usage and revealing why it gets my thumbs up. 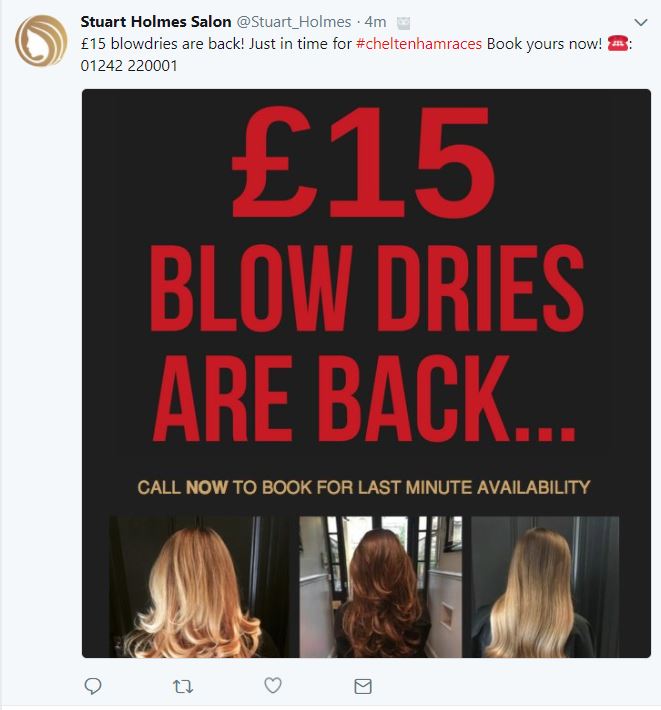 Why I love it?

Could it be improved? 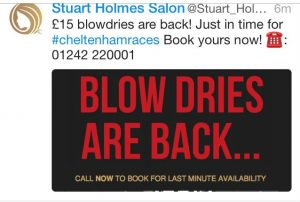 If I was being hyper critical I’d say that many of their other posts have stronger imagery.

Also, when you post an image on your desktop you need to remember that the mobile feed crops the images to 440px x 220px so you must get the most important, most eye catching bits in that middle window.

Just to make it clear I HAVE NOT worked with Stuart Holmes on this post or any other element of their business, but I just want to salute you and say ‘great job guys, well done!’

Are you still a bit bamboozled by exactly how your salon should be using social media, what hashtags you should be using, what content you should be posting or how to get your team on-board? Give me a call to book a complimentary audit and follow-up on 07939 051222 or email kate@kordigital.co.uk

Scroll To Top
We use cookies to ensure that we give you the best experience on our website. If you continue to use this site we will assume that you are happy with it.Ok